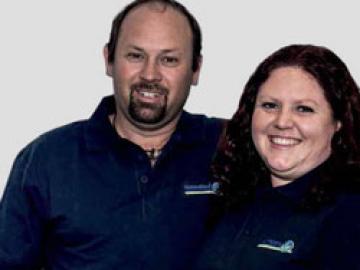 Introducing Terry and Kelly Jackson, the fresh faces of Hannaford in the Fleurieu Peninsula and Kangaroo Island region. Terry Jackson has a long history with farming, trucking and managing his own business, so is no stranger to organisation and hard work.

Terry grew up on a farm near Murray Bridge and, after leaving school, relocated to Meningie where he completed a Certificate in Farm Practice (Dairying). He met Kelly, a farmer’s daughter living in Strathalbyn, and moved into the trucking industry where he became well versed in a large range of driving including general freight, feed tankers and milk tankers.